Blaze breaks out at Academy School 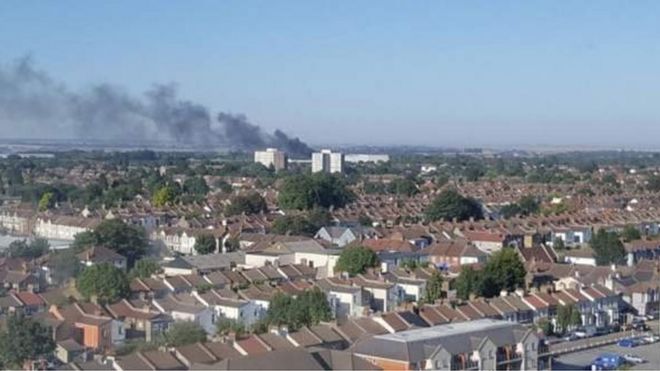 Twelve fire crews were sent to tackle the blaze at Cecil Jones School in Southend at 16:30 BST

Firefighters had to use water from a nearby swimming pool to bring a blaze at a school in Essex under control.

Twelve fire crews were sent to Cecil Jones Academy in Southend after the blaze broke out at 16:30 BST.

Essex Fire and Rescue Service said the fire had spread from the roof of the two-storey building to a classroom below.

Divisional officer Neil Fenwick said crews were initially hampered by a failure in the water supply.

He said: “Unfortunately the fire had developed quite quickly to the point where the fire was dropping down to the first floor.

“The water supply failed twice which meant we had to withdraw staff from the building who were attacking the fire internally.

“Once we secured water from the local swimming pool next door and an additional water resource we had to increase our attendance.”

It is not yet known how the fire started and an investigation is set to take place.

Mr Fenwick said crews would remain overnight to dampen down and to salvage equipment and ensure the school could “be up and running as soon as possible”. 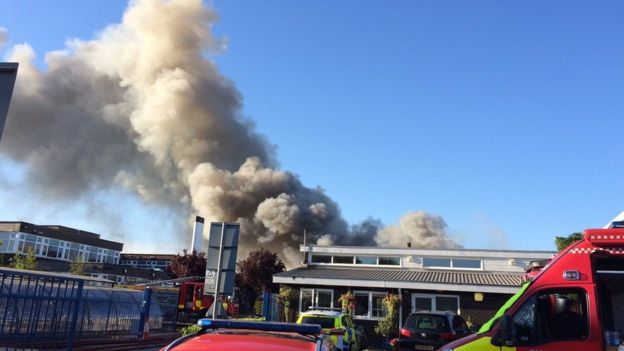