Chemical caught alight and spread to cars and a factory

It said the fire broke out in Rufford Street after a chemical caught alight and spread to cars and a factory.

A total of eight fire crews are at the scene in Stourbridge and smoke is billowing into the sky. 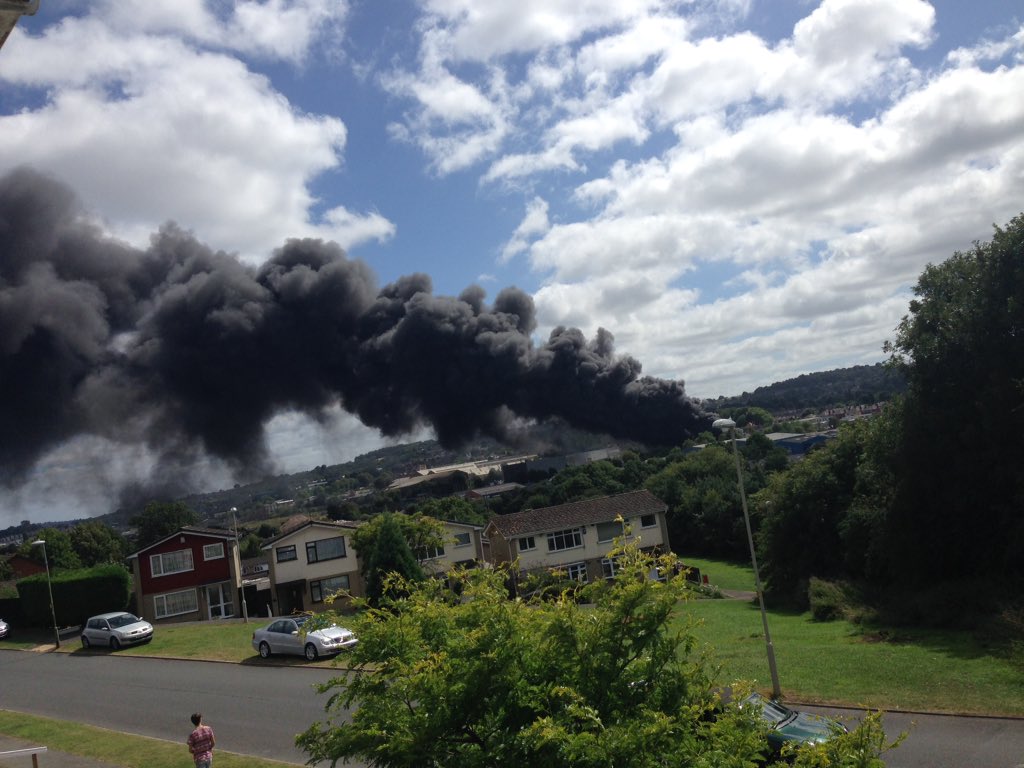 @WestMidsFire: “If you live near large fire on Rufford Street, #Stourbridge, close windows/doors due to smoke. Pic: @NicolaPartridg2”

West Midlands Fire Service has advised residents living near Rufford Street to keep windows and doors closed due to the massive smoke, amid reports it could be seen as far away as Weoley Castle.

Firefighters responding to the huge fire

The huge plume of smoke rises from the fire scene. 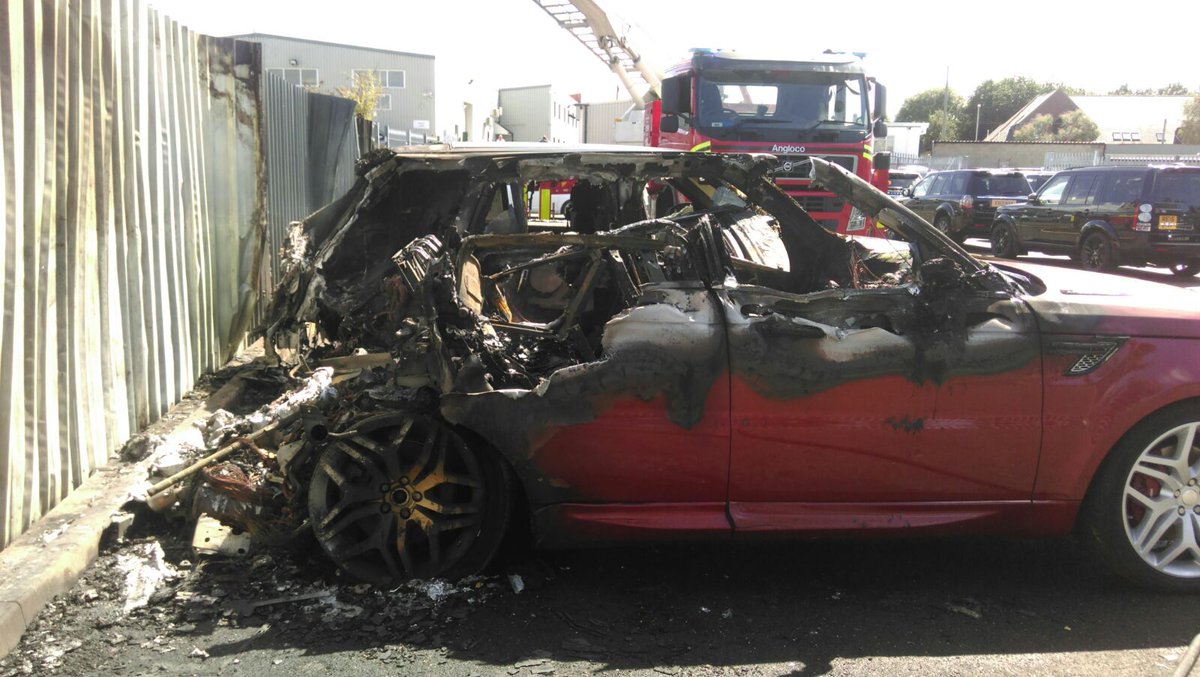 2:19 PM – 7 Aug 2016From Jasbir Authi at the scene: The clear blue sky is heavy with the the stench of burning industrial debris this afternoon and wafting grey smoke.

Several key roads are closed and motorists are being diverted away from the scene of the fire which is off Rufford Street.

Police are assisting the fire service.

The reporter at the scene has just sent this video showing the fire at close quarters.

West Midlands Fire Service said it involved a large quantity of rubbish including plastics, foams and wood on open ground.

Around 60 firefighters are at the scene and crews had to force entry to some nearby premises in a bid to limit the damage. 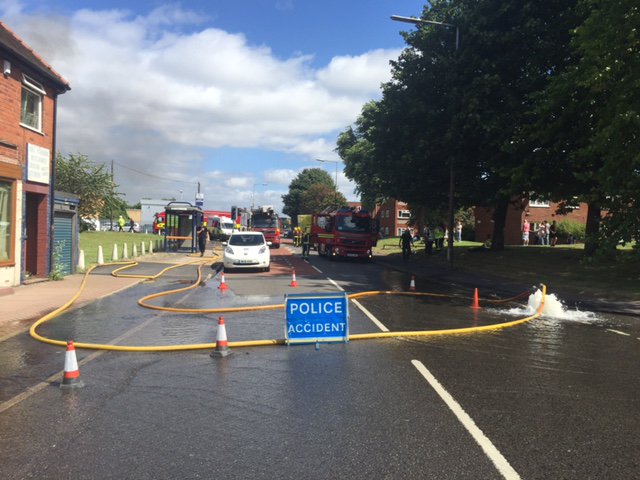 @WestMidsFire: Road closures still in place in #Stourbridge due to fire, including parts of Stourbridge Road. Please avoid area.

Flames could be seen as far away as Bewdley

From Jasbir Authi: Several roads are closed. Businesses, including several car garages, have been closed. An incident command unit has been set up.

“We went to Bewdley and as we came up the hill at Hadley, you could see the smoke in the distance.

Then we got back to Stourbridge. It was like a mushroom cloud and jet black.

It wasn’t growing and it seemed to be contained in the one area.

It then went a grey colour.”

The view from above

There were workers present when the blaze started but they managed to get out and there were no Injuries. He said:

“The recycling yard has been destroyed by fire.

At its height, we had 50 fire fighters dealing with it.

The first fire engine was here within five minutes which allowed us to stop it from spreading to surrounding buildings.

The amount of smoke wasn’t helped by the increased wind.

We had to issue a caution to the train service to go a little slower but that’s back to normal.

We will be dramatically scaling down to 10 fire fighters in the next hour.”

There was no information about what started the fire and an investigation will start once it is out.