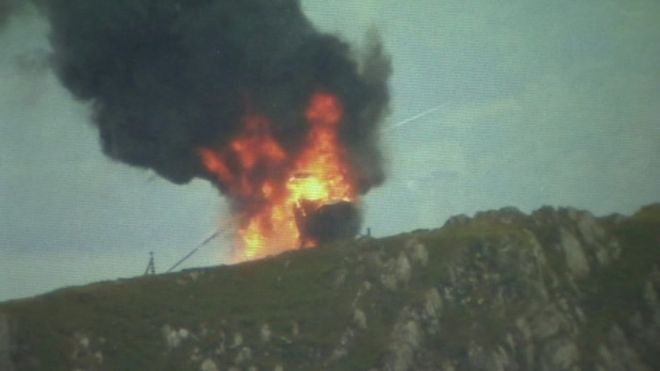 An RAF helicopter has burst into flames on a Snowdonia peak after being forced to land due to a technical problem.

All five people who were on board the helicopter from RAF Valley on Anglesey have been reported safe and did not need hospital treatment.

Emergency services were called at about 13:45 BST to Yr Aran, a mountain peak on a ridge south of Snowdon. Walkers reported seeing 10ft-high (3m) flames.

An air ambulance was sent to the scene, along with a coastguard helicopter.

Firefighters, police and mountain rescue teams from Llanberis, Ogwen Valley and Aberglaslyn also made their way to the peak, while an air exclusion zone was put in place. 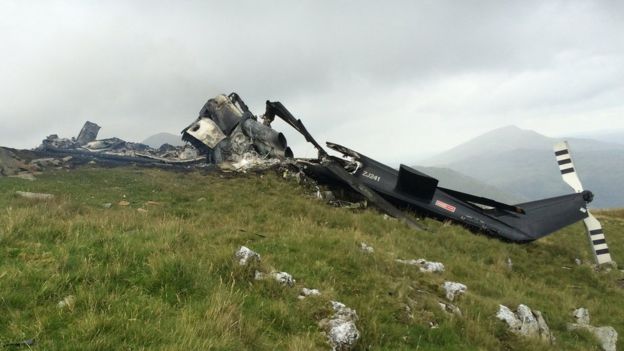 “Everyone on board exited safely, subsequently the aircraft caught fire,” he added. 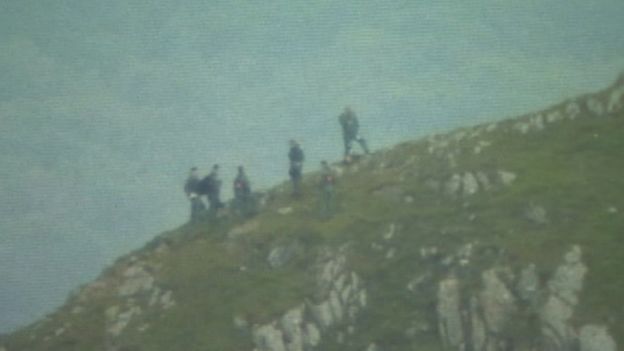 The MoD said five people – four military and one civilian – were on the helicopter at the time, while another person involved in the training exercise was already on the mountain.

It said the exercise involved the helicopter picking people up and putting them back down. 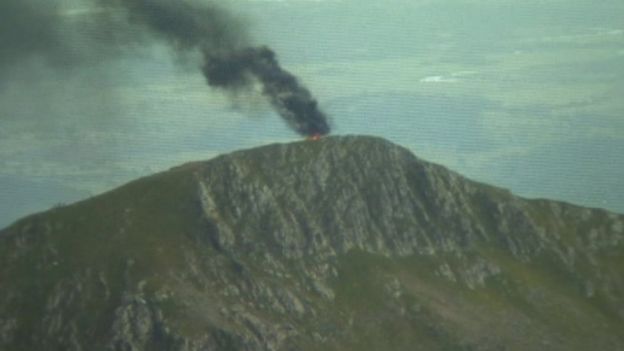 The Maritime and Coastguard Agency said it was called at 13:45 BST to reports by the air ambulance of an aircraft crash west of Snowdon.

“The helimed was in the area at the time of the crash and was immediately on scene,” a spokesman said.

Huw Price, who was walking nearby when the aircraft caught fire, said: “We were walking up the path, just me and the dog, and I saw this helicopter flying in the valley below us. 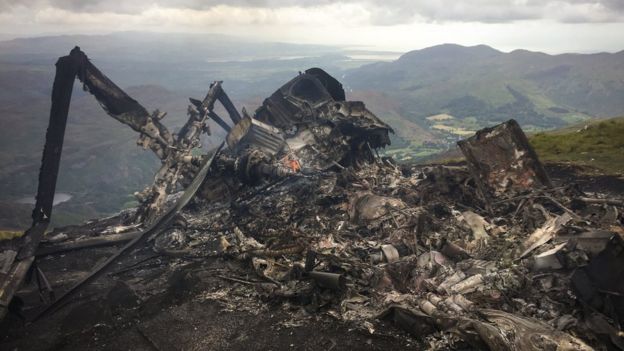 “I assumed it was routine fly-by, it did not look like it was looking for anything.

“Then it went away and I just assumed it had flown off, but then I saw billowing black smoke.”

Mr Price, who is on holiday in north Wales, said a walker who passed him said he had seen the helicopter land.

“There was no big bang, it must have just had some sort of issue. There was lots of smoke. It was high, thick, black smoke,” he added. 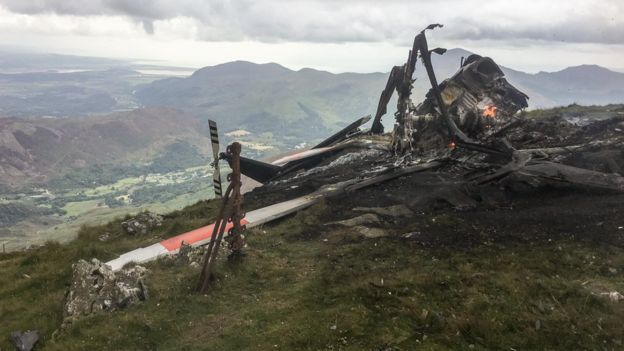