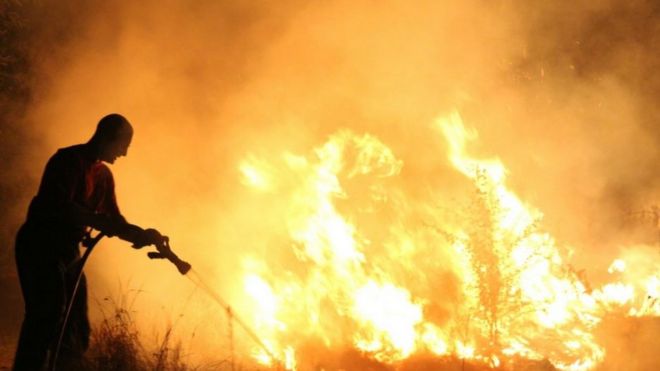 A blaze ripped through an area of grassland the size of three football pitches in London.

Around three hectares of scrubland were alight on Tottenham Marshes in Lee Valley Park on Tuesday evening.

London Fire Brigade said grass fires could travel quickly and change direction. It warned people against attempting to put them out.

Station manager Gary Thompson, who was at the scene, said: “Grass fires cause a great deal of damage to open spaces, property and wildlife but the public can help us stop them from starting by making sure that their cigarettes and barbecues are extinguished properly and that glass bottles, which can concentrate the sun’s rays onto dry grass, are disposed of carefully.” 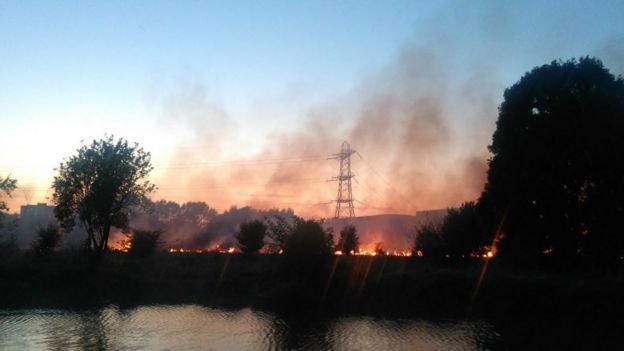 The blaze has been brought under control

“It’s also important that if you do notice a fire on open grassland that you don’t attempt to put it out yourself as they can travel very quickly and change direction without warning. Call the fire brigade and let us know where the fire is so we can get our crews on the scene as soon as possible to stop it from spreading any further.”

It is highly important that we all stay safe from fire as it can have devastating impacts. The team at Fire Safety Managers is dedicated to raise fire safety awareness. We understand first hand how destroying and fatal fires can be due to our Managing Director being in a house fire when he was 5 and his family losing everything.

We are a social enterprise and our social mission is to teach people how to stay safe from fire. We are developing a workshop to deliver to children in schools.

Help Us, Help Others.