Firefighters in Spain are battling a huge forest blaze on the Costa Blanca that has forced the evacuation of thousands of people including tourists.

More than 300 firefighters have been deployed to tackle the fire some 120km (75 miles) south-east of Valencia.

Three fires were deliberately started on one of the hottest days of the year, emergency authorities have said.

The temperature in some places is 40C, but officials hope winds that fanned the flames will decrease.

Officials evacuated more than 1,000 people late on Sunday from Javea and the resort of Benitachell.

The fire became more severe on Monday afternoon and moved toward populated areas in Cumbre del Sol, which authorities say they are also evacuating.

“Everyone is coming together”, Jeremy Kenton, said a British osteopath working in Javea.

“Evacuation tents are being set up in schools, the fire brigade has come from as far north as Valencia, seaplanes are literally swooping down to the sea and then fly in strange angles towards the mountains to drop water.

“The pilots are simply outstanding,” he said. 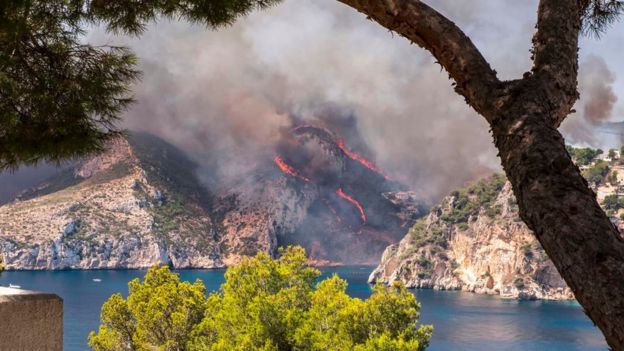 The wildfire is raging in Javea, Spain 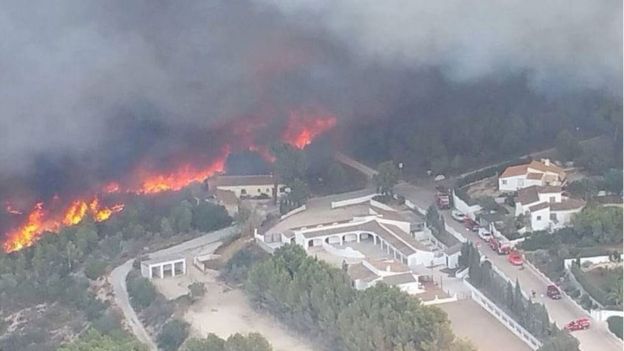 This picture shows how close the fire has come to Cumbre del Sol, south-east of Javea 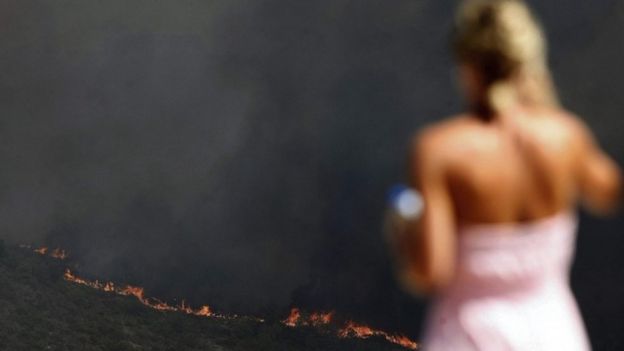 Tourists took pictures of the fires, this one burning in the Natural Park La Granadella in Benitachell

Although the fire has burnt out where he lives, there are fears it could start up again as the wind comes up in the evening and the planes can no longer drop water.

Javea is populated by an international community of Britons, as well as French, Dutch, Germans, Norwegians, alongside Spanish locals.

The mood is one of “British stiff upper lip” and a “laid-back Spanish attitude”, Mr Kenton says. 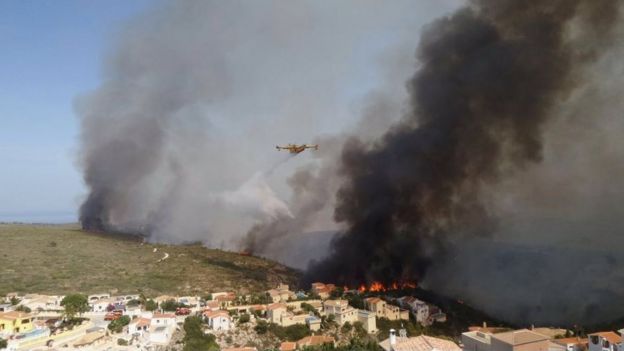 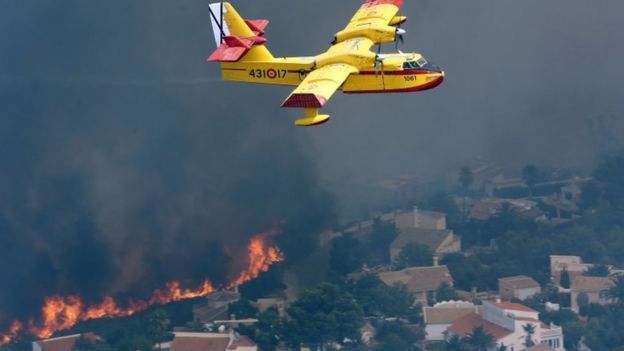 Valencia emergency services head Jose Maria Angel told Spanish radio that he believed three fires that ripped through vegetation and destroyed buildings were due to “the hand of man… in a very precise way”.

He told reporters aircraft were dumping water on the area every four minutes. About 65 vehicles were also deployed.

On Friday, the 19th stage of the Vuelta a Espana, a three-week cycling race, is scheduled to take place in Javea.

In December more than 120 forest fires broke out in northern Spain, some of which officials said may have been started deliberately. 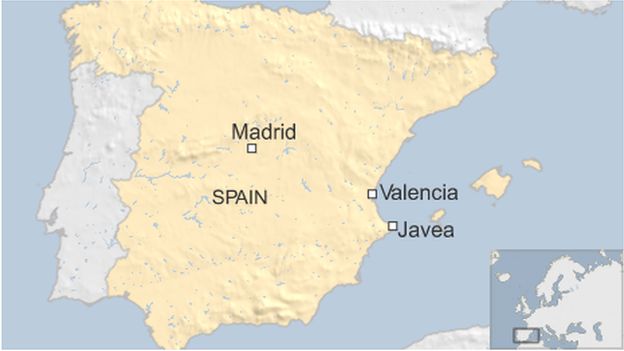